“She may not look like much, but she’s got it where it counts, kid.” – Han Solo, Star Wars

For most of my life, my most coveted skills were always focused externally. In fact, most of my energy was spent burning through the roles of mediator, logistics coordinator and walking encyclopedia. It’s what made me such a great assistant, but arguably one of the biggest reasons I still struggle with being my own champion.

So, when I decided to try my hand at Silicon Valley-style entrepreneurialism — or even blogging, for that matter, it was at first (and sometimes still is) a genuine struggle.

I’m sure each of you has been there to some degree – especially the other assistants and entrepreneurs out there. You know – the madness caused by external pressures converging into existential crises where your brain kicks into overdrive and your survival mechanisms start to scream.

Yeah, that pretty much sums up my mindset these days – and that’s exactly how I arrived to Silicon Valley last weekend.

While it’s hard enough to live on zero funds with an uncertain future and listen to the silent “no”s echo from “interested” investors, I’d also accepted the challenge of coaching a batch of early stage start-up founders working through the accelerator from which I graduated.

So there I was, an early-ish stage start-up founder myself, at Cougar Night (aka Thursday night at the famed Rosewood Hotel) – teaching “Silicon Valley” to a bunch of bright-eyed start-up founders. After making a few rounds and chatting with a few friends – both new and old, I began to pack up my stuff and say my goodbyes. Just then, a young venture capitalist sitting to my right pointed and said: “Harrison Ford is out there.”

Most of Silicon Valley lives in a somewhat “creative” bubble, so I dismissed his statement with a brief laugh; but as I started to turn my head back to the founders, the young VC stood up, grabbed my arm and sent me flinging straight into a man with a posse of bodyguards and an entourage of picture-snapping fans.

Readers, just as I’d started to give up on my luck, I went flinging into it – nose to nose.

“Hi!,” I said cheerfully as he started to brush by me. And then it happened – the moment, I’ll never forget. Despite the fans grabbing at his arms and the crazy people trying to snap selfies with his face – Harrison Ford stopped, turned back toward me and with his Indiana smile said, “Hi!”

And that was it. He proceed forward toward his next appointment with the same pack of fans swarming around his body, begging for one word or just a brief moment of his time.

If you look up Harrison Ford in the dictionary, you’ll find the word icon, but even his career didn’t start out that way. After his first big screen debut, the movie execs told him: “You’re never going to make it in this business.”

15 years later, he was sitting at a restaurant when a waiter delivered a business card with a handwritten note on the other side. It read: “I missed my bet.”

Harry then lifted his head and tried to find that one executive who had failed to see his potential, but “much to [his] immediate pleasure (and it still gives [him] some pleasure now), [he] looked around and couldn’t figure out which one he was.”

Readers, I’ll leave you with the words of the great Indiana Jones who accomplished great feats on a shoestring budget wearing last week’s clothes: “We don’t follow maps to buried treasure and X never marks the spot.”

So, keep on putting one foot in front of the other, as it is you who makes you great and no one else knows what your future holds. Only you and those two persistent feet.

May the force be with you, 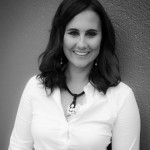 About us
Advisory Board
Blog

We're not around right now. But you can send us an email and we'll get back to you, asap.